It's been 6 months since our last update on Ben Tomlinson's Smart Home. This week, Ben got the keys to his new home at a dedication ceremony fit for a hero.

Marine Sergeant Ben Tomlinson, who became a quadriplegic after a mortar attack in Afghanistan, received the iPad that will control his new Smart Home. The home was built right across from Jacksonville High School - Ben's alma mater. The ceremony to dedicate Ben's new home included a performance by the high school band, the landing by three paratroopers on the high school football field and a crowd of friends, family and supporters there to wish him well.

Flooring and tile for Ben's home were installed by Don's Carpet One Floor & Home in Birmingham, AL. 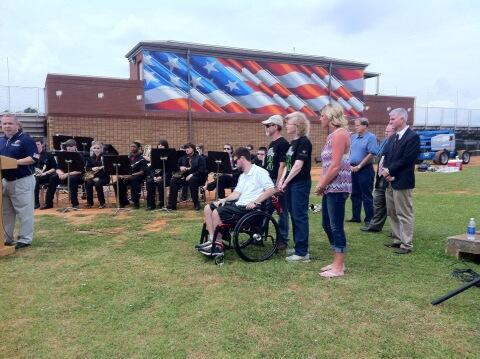 Artist Scott Lobaido painted an American flag mural on the back of Jacksonville High School's field house so that Ben could see it from his new home.

Paratroopers with American flags descending to the football filed across from Ben's new home. 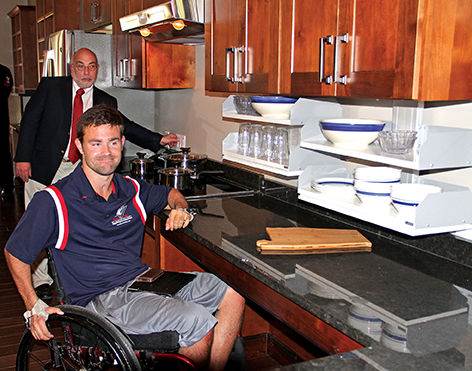 Ben gets a tour of all the features of his new home.